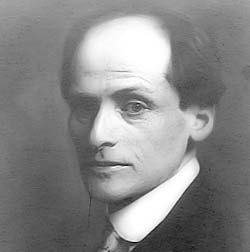 He studied piano with James Kwast and with Clara Schumann at the Hoch Conservatory, Frankfurt. He later became a teacher there (1893–1904) and later at the Cologne Conservatory (1904–1914). From 1923 until his retirement in 1946, Carl Friedberg was principal piano teacher at the New York Institute of Musical Art (the institution which later would became the Juilliard School of Music. His pupils include Malcolm Frager, Bruce Hungerford, William Masselos, and Elly Ney. Friedberg’s career as a performer spanned over 60 years in both Europe and America. He made his official debut on December 2, 1900 with the Vienna Philharmonic Orchestra under Mahler. In 1893 he had given an all-Brahms recital in the presence of the composer, who highly admired his playing and who later coached him in private on the performance of the majority of his piano works. As a chamber musician he replaced Artur Schnabel in the Schnabel-Flesch-Becker Trio in 1920 and played in that ensemble until 1932. Friedberg gave many recitals with Fritz Kreisler throughout America and in 1937 formed his own trio with Daniel Karpilowsky and Felix Salmond. Although Friedberg’s repertory was wide, he became associated with the music of Beethoven, and especially of Schumann and Brahms.